Catholics have a moral obligation to seek the common good through the exercise of their voting privileges (CCC 2240).

Intrinsically evil actions are those that fundamentally conflict with the moral law and can never be performed under any circumstances. It is a serious sin to deliberately endorse or promote any of these actions, and no person who rea1ly wants to advance the common good will support any action contrary to the non-negotiable principles involved in these issues.

Based on Church teachings, the Catechism of the Catholic Church, Encyclicals of the Pope, and issue papers from the Office of the Doctrine of the Faith, the following five issues concern actions that are intrinsically evil and must never be promoted by the law.

CCC = Catechism of the Catholic Church CRF = Pontifical Council for the Family, Charter of the Rights of the Family EV = John Paul II, Evangelium Vitae, (the Gospe1 of Life) UHP = Congregation for the Doctrine of the Faith, Considerations Regarding Proposals to Give Legal Recognition to Unions between Homosexual Persons 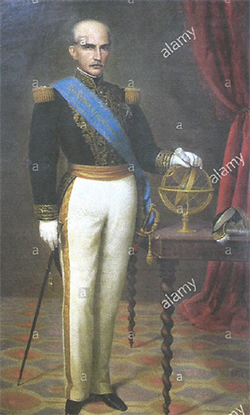 Not many Catholics know how a true Catholic politician governs. In America we elected only once a Catholic President, John Fitzgerald Kennedy, but he was assassinated after only two years of his presidency, and did not live long enough to have the resume like that of Catholic President Gabriel Garcia Moreno.

I believe that Gabriel Garcia Moreno represents one of the best examples of how a truly Catholic President governed in the 19th Century, and here is what Pope Pius IX had said about him in his letter to the people of Ecuador dated March 9, 1876, after he was assassinated:

“ and so you weep in private for a truly eminent man, who penetrated with the Catholic spirit, assumed the government of a disrupted republic, exhausted and oppressed with taxes, he joined firmness with gentleness and prudence with courage in such a way that he suppressed rebels, pacified souls, reestablished order, tried to aggrandize the country through missions, promoted divine worship and the instruction of the people, organized the military, ports, commerce, laws: all this without increasing, but decreasing taxes. Certainly he would have benefited his country even more had he lived longer, but do not ignore that such a great man has been wrested from you, more through hate for religion than through envy of your happiness. That sect (freemasonry) which has been so detrimental to you, whatever it bitterly fights the Catholic religion is accustomed to gaining access to the rules of the people and the highest assemblies in order to prepare for the destruction of religious civil order, managing to execute cunningly through its own powers what it cannot accomplish through civil power; for which it lays snares, so that civil power itself will undermine its own foundations which rest upon religion.” (1)

“ To re-establish the rule of morality, without which order is merely a truce or weariness, outside of which freedom is a deception and a chimera. To moralize a country where bloody fighting between good and evil has lasted for a space of half a century, and to moralize it through the energetic and effective repression of crime, and through the solidly religious education of the new generations. To respect and protect the holy religion of our elders, and seek from its beneficial influence the reform that laws and governments cannot obtain by themselves. These are the difficult duties that I have just imposed on myself, duties that I would not hope to fulfill, if I did not trust in the kind protection of divine providence.” (2)

The assassination of President Gabriel Garcia Moreno was decreed by the masonic lodges of Germany and Peru, and executed by four perverted individuals of whom the principal one was salaried. The death of Gabriel Garcia Moreno has been the one most mourned by Ecuadorians; there was collective weeping, even by soldiers. (34)

ALL OF US HAVE A DUTY TO VOTE FOR GOOD LEADERS

All of us have a duty to vote for good leaders that have a love of God. It is important to say that none of these leaders will be perfect, and you may not agree with everything these leaders say, but we need to vote candidates the reflect the most important values that we have as Catholics, and that is that all human beings are endowed by our creator with intrinsic value, and we are made in the image in likeness of God. (35)

Additionally, our church teaches us that we can not vote for any candidate for office that favors intrinsically evils like, abortion rights, same sex marriage, embryonic stem cell research, and euthanasia. These issues are of paramount importance because our church teaches that these intrinsic evils are non-negotiable. All issues are not alike. Some are more important than others and they can not be treated the same. Furthermore, in the United States Constitution, and specifically, in the 14th amendment it says that we have a right to life, liberty and the pursuit of happiness. (36) These rights are given to us by God, and not by  our government.(37) We have a duty to vote for candidates that best reflect these values. Remember you are a Catholic first before any party affiliation.